There have been some interesting things going on in the wonderful world of Disney lately. Wanna come along for my ride? First up, I was invited to the launch event of “It’s a Small World” Kid’s Fashion Apparel and Accessories Collection at Nordstrom. Disney and Nordstrom have teamed up to celebrate the 45th Anniversary of the famous “It’s a Small World” attraction at Disneyland with this collection that includes items for newborns, infants and toddlers. There will be four seasonal collections throughout 2011 available exclusively at Nordstrom stores and nordstrom.com/smallworld. Each collection has items priced from $18-$169 from well know collaborators such as Petunia Pickle Bottom, TOMS Shoes and Feed. 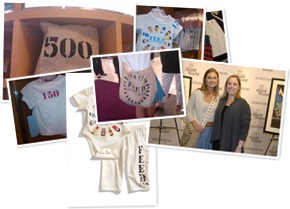 I learned something new at this event: At the 1964 New York World’s Fair, Walt Disney introduced a 9 minute boat ride – It’s a Small World – a Salute to UNICEF—dedicated to children around the world. In 1966, the attraction opened at Disneyland. To keep with Walt Disney’s original theme, Nordstrom and Disney are teaming up with TOMS Shoes and FEED Projects to offer philanthropic pieces in the collection. TOMS will give a pair of new shoes to a child in need. FEED Projects items will benefit UNICEF. Proceeds from the sales of the FEED collection will provide vitamin supplements to children in need. The really cool thing is that each FEED item says on the hang tag exactly what the purchase of the garment will provide. Chip got a “FEED our small world” t-shirt that says it will provide 150 children Vitamin A for a year. I was really excited to meet FEED Projects Co-Founder and CEO Lauren Bush at the launch. It was awesome to be able to say, “Huge fan of your uncle and your grandfather!” as we took a couple of pictures together. The ‘Indian Summer’ collection is currently in stores as of this week and has some super cute stuff. Lulu got a really sweet sundress from the ‘Japanese Spring’ collection“Disney, It’s a Small World Apron Dress” with Japanese children and motifs and a big butterfly detail.  She is a huge fan of butterflies right now, so it was perfect. The ‘Japanese Spring"’ collection still has many items available online at Nordstrom. 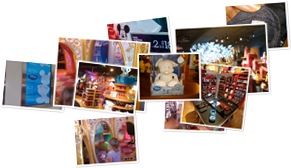 Next up, the New Disney Stores. Lulu and I got a special pre-opening, sneak peek at one of the latest stores totally re-done with a brand new award-winning concept. It’s not a store…And I’m not just saying that….It’s an interactive shopping destination offering magical experiences for Disney fans of all ages. Lulu was told to rub her hands together and Tinkerbell appeared flying across the walls! Disney Store’s new design aims to deliver “the best 30 minutes of a child’s day” through immersive experiences including a Disney Princess Castle with Magic Mirror, Translucent Magical Trees, Disney●Pixar CARS-branded Ridemakerz custom car building experience and the Disney Store Theatre featuring the latest in Disney entertainment. They will also be offering arts and crafts projects throughout the day. The outside of the store has an electronic schedule of events so you can see what’s coming up in-store. One really awesome effect that it took me a bit to realize is that it actually smells like Disneyland. It’s subtle, but there. It’s like going on a mini-trip to The Magic Kingdom with the trees, the lighting, the twisting path and all the interactive features. Lulu is still too young to realize she had this whole, new concept store to herself. She loved the Princess Castle with the Magic Mirror and kept going back to try different characters. I like the Ridemakerz (build your own car) because it allows you to start with a toy that you design and you can bring it back to change it up and further customize it. How could you possibly get bored with that option? Disney Stores will continue to convert to this new format. Disneystore.com has lots of info for you and make sure you visit the interactive Disney Store page to find out about the latest store openings.

Lulu’s favorite Disney character is probably Ariel. The issue with that is she also seems to be the favorite character for all her friends, too. So, when Lulu has a playdate, there have been, ahem, skirmishes over who gets to be Ariel. Who cares that almost every other female Disney character is represented in costume in her closet?…It’s all about Ariel. I had the brilliant idea to buy ANOTHER Ariel costume at The Disney Store, and a cute reversible swim suit, and sunglasses…But all really, really cute and to make my life easier. And because they didn’t have cool stuff like this when I was a kid.

Just as Ariel is hitting her peak in popularity in Casa Minivan, I have some big news for COMING ATTRACTIONS over at Disneyland Resort:

Grand opening June 3: At Disney California Adventure park, get ready for an all-new voyage with Ariel. The Little Mermaid ~ Ariel’s Undersea Adventure takes guests on a  journey under the sea to experience all the fun and adventures in Ariel’s world. From the great songs to state-of-the-art animatronics and special effects, guests will become a part of her world in a way that’s never happened before. Check out the video for a sneak peek:

May 27 Premiere: Over at Disneyland Park, “Mickey’s Soundsational Parade” officially steps off for Memorial Day weekend, with an explosive musical score, thrilling rhythms and bold percussion that will have people dancing to many of their favorite Disney tunes. Look for whimsical floats, live musicians and some of your favorite characters. There will be more than 90 performers in the parade. Mickey Mouse (drumming away live on an acoustic drum set) and his pals will be jamming like never before and creating an atmosphere that will be…soundsational! I’m particularly looking forward to this. The parades are among my favorite things to do see and do at Disneyland. 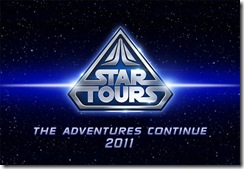 Grand opening June 3: Star Tours – The Adventures Continue officially re-launches in Tomorrowland at Disneyland park, taking guests on interstellar adventures to Coruscant, Tatooine, and other destinations in the “Star Wars” galaxy. With the return of favorite Star Wars characters and the addition of more familiar faces and destinations, guests are going to experience Starspeeder travel in an all-new way…in 3D!

And in closing, to give you something to look forward to: the 12-acre Cars Land is well underway and scheduled for opening next year!

As Mother’s Day rapidly approaches, the suits at CBS Los Angeles have decided the time is ripe for my Best Stores for New Moms post to go up. Seriously, I don’t know what I would have done if it weren’t for Bright Beginnings & Beyond and The Pump Station in those pre, and immediately post, giving birth days. With many moms in LA far from family, it really can be a relief to find a store that is JUST for you staffed with people who KNOW exactly what you need and who provide you a comfy place to sit while you figure it all out.

Posted by Elizabeth at 2:06 AM No comments: