I recently attended the preview event of the new CityTarget Store in downtown LA. I was particularly interested in checking out this new Target because it is designed for an urban shopper. Upon first glance, it looks like any Target store. On closer assessment, it is clear that it is a smaller store with a carefully edited inventory. I spoke with Carmen Moch, senior group vice president of Target stores, Los Angeles about the store and got some insider insight. They are focusing on trend in all departments, product packaging that makes items “urban shopper friendly” and free wifi. The free wifi is rolling out in CityTarget stores and will eventually be in all Targets. There is a Target App that has lots of convenient features, including a barcode scanner for getting prices…Something I definitely would appreciate having on my phone. If you have a Target Visa, you get free shipping on all items, no minimum. This applies to all shoppers but is something that I think would be of extra interest to an urban dweller who doesn’t have a car. Speaking of cars, and we know LA is all about cars, even in the city, there is ample parking at CityTarget. But, there is a spin on the parking situation. You can’t take your shopping cart out of the store. The problem is solved by CityTarget’s curbside pick-up program. Head to your car, pull up to their purchase pick-up area and everything you bought—from the pack of gum to the curtain rods—are loaded into your car, how convenient!


Downtown LA is attracting more and more residents, but the lack of shopping options have been an ongoing complaint. I asked Ms. Moch about the grocery options at the store knowing that supermarkets are a sore spot for downtown residents. She told me that there are a wide variety of grocery options that cater to the cook (fresh fruit and veggies) as well as the person who wants to pick up kitchen staples and frozen food. There is even a nice wine selection in the full liquor department. The preview party was attended by city politicians, media and bloggers. The USC Trojan Marching Band performed and paraded through the store, which was a highlight for me. Bullseye the Target do was there for photo opps. Overall, I think this CityTarget is a nice option for workers running in during lunch or after work as well as local residents.
CityTarget officially opened on October 14th and is located in the FIGat7th Shopping Center, 735 S. Figueroa St. Los Angeles. Parking entrances are on 7th and 8th.
Posted by Elizabeth at 2:07 PM 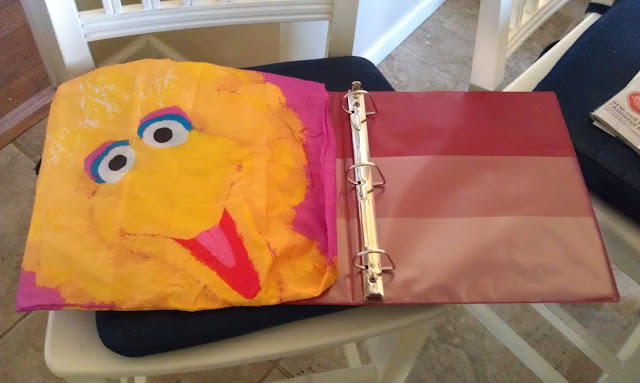 Posted by Elizabeth at 11:43 AM No comments:


In my Friday post, I told you we were on our way to Mickey’s Halloween Party. We had such a great time and I hope everyone will get a chance to experience Disneyland at Halloween. I have fun news: one of my readers and their guest will get to party with Mickey next week! I’m thrilled to announce that Disneyland has given me two (2) tickets to Mickey’s Halloween Party on Tuesday, October 9 to give away to one of my readers! The party starts at 6:00pm which means you can enter Disneyland Park to play starting at 3:00pm. The tickets are $54.00 each and include parking for a total prize value of $123.00. All you have to do is enter below! (one entry per person)

Some of my favorite blogging friends are giving away tickets too! Check out the Mickey's Halloween Party Giveaways board over on Pinterest to find more places to enter!


Photo credit: Three photos in album are courtesy of Caryn Bailey of Rockinmama.net


Disclosure: This is not a compensated post. I received complimentary tickets to Mickey’s Halloween Party for review purposes. a Rafflecopter giveaway

Congratulations to Lynn T. for winning the two tickets for her entry #60 following @Disneyland on Twitter! Thank you to everyone who entered!

Giveaway open to US Residents only. Duplicate entries, entries and comments not following the above guidelines will be disqualified. For the "leave a comment" entry, you must either leave your e-mail address in your comment or login with your Google ID. Winner must respond by noon PST October 5 or a second winner will be chosen. I reserve the right to change the contest rules.
Posted by Elizabeth at 12:12 AM 29 comments: