I have only been to the LA County Fair once. It was years ago, before we had kids. Since having kids, I have wanted to go, but something kid related always seems to keep us from getting there! I’m pleased to say, we are going this weekend. The last weekend of the fair…But there still is time! The fair opened on August 30 and closes this Sunday September 29. The LA County Fairgrounds are in Pomona, close to several freeways. If you aren’t up for driving, or traffic, I noticed you can take Metrolink Trains that run between Los Angeles and San Bernardino and take a free shuttle right to the gate. 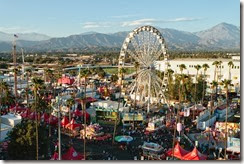 Once you are there, the variety of things you can do is rather mind boggling. You have to tell yourself you can’t do it all and try to make a plan. The hours vary during the course of the fair and depending on the day of the week. Saturday has the longest opening

hours, from 10am-midnight. Considering how hot it is this time of year, we are planning on attending at least part of the day when the sun is down. The fair’s website is extremely well done and includes lots of information. I recommend Free Fair Stuff from A-Z, Plan Your Visit, Daily Event Schedule, and Promotions & Discounts. There is also an LA County Fair app for iPhone, iPad and Android that I plan on downloading. It’s a kick that the site has a search function for type of food. I selected “Fried Food” from the pull down menu and before me appeared a comprehensive list of offerings and locations. I’ve decided I’m going to try to sample a deep friend cheesecake and/or a deep fried Klondike bar because they strike me as the most insane. Or maybe I’m just hungry right now…

Since I actually haven’t been yet, I can’t do a review. I decided to give links to posts from some of my favorite So Cal bloggers. 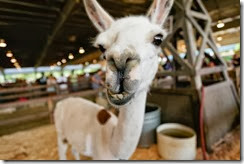 Check out: Caryn Bailey on CBS Los Angeles, Tee on That’s It Mommy, Liz on Family is Familia and Jennifer on Toddler Trails. I discovered some great info on those posts! I’m most looking forward to seeing the animals. I remember having a blast at the petting zoo several years ago. I’m also hoping to get to see The Star Trek Exhibition, Wilderness Ridge and this weekend’s Asian Festival.

Disclosure: I was given tickets and parking for the LA County Fair

Posted by Elizabeth at 5:08 PM No comments:

Back to School–Back on Track 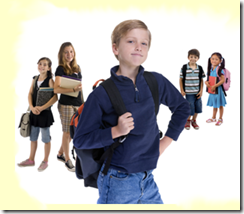 By now, everyone is back to school and the after school activities have been pinned down for Fall. The craziness of the end of summer and beginning of school often sets the stage for a disorganized start to the new school year. Today we have guest blogger and mom of three, Rebekah Rosales, with some tips to help get families back on track.

Create a family calendar in a central area, like the kitchen, where everyone can write down their activities. Either the night before or in the morning, discuss everyone’s schedule. Establish school-day schedules for homework, TV, baths and bedtime and make sure your child is aware of those times.

If your routine for packing lunches and snacks isn’t working for you—try switching it up. Lunches do not have to be made in the morning. How about doing as much as you can the night before? Or maybe you are already doing night prep but it is making you unhappy because you’d rather get to sleep. Try switching to morning lunch making, just make sure to allot the proper amount of time. Get creative with easy, healthy ideas for school-day meals on websites like Pinterest. If you think your child’s lunchbox won’t make it through the school year, pick up a new one now, while all the back to school clearance sales are going on. Putting a surprise note or picture in your child’s lunchbox will reassure your child during their school day that they are loved. If your child is older, have them help pack their lunch so you don’t have to hear the dreaded, “I didn’t want that!” If possible, plan out your dinner meals for the week ahead of time. That way you are not trying to figure what everyone is going to eat when the kids are hungry and cranky. Now that you realize you are in the car driving kids around during typical dinner prep time, menu planning might be something to try. There are websites like Allrecipes.com that let you search for recipes that contain ingredients you have on hand.

Now that kids are underway with after school sports and classes, take not of what is working or not working for you, the kids or the whole family. How are your children coping with homework and other commitments? Use this as a guideline for winter activities. You can always add more activities as the school year goes along. Make sure to leave enough time for family down time and unstructured play.

Posted by Elizabeth at 12:29 AM No comments:

My Visit to “Mom”– a New Sitcom on CBS

Last week I had the opportunity to visit the set of “Mom” at Warner Bros Studios. Mom is a new sitcom premiering tonight on CBS 9:30 ET/PT. The stars are Anna Faris (Christy), perhaps best known for her roles in the “Scary Movie” franchise, and Allison Janney (Bonnie), who many recall played CJ Cregg on “The West Wing".” The sitcom centers around a multi-generation family: Christy is a newly sober single mom of two kids who works at a posh Napa Valley restaurant and is trying to overcome her past. Bonnie is Christy’s mom and a recovering alcoholic who reappears in her life. Other main characters are Christy’s daughter, Violet, her son, Roscoe, her ex, Baxter, her boss, Gabriel, the restaurant chef, Rudy and Violet’s boyfriend, Luke. Christy tries to remain positive as she pursues her new path in life, but she faces an uphill battle, surrounded by a dubious support system—and lots of dysfunction. I like that the show deals with real characters, with real problems and who have to actually work for a living. Chuck Lorre is the creator of “The Big Bang Theory” and “Two and a Half Men” and he is also the co-creator of “Mom” along with Eddie Gorodetsky and Gemma Baker. I actually lived next door to Eddie when I was a little kid and he was a teenager, in Providence, RI. I hadn’t connected with him for a few years and it was great to catch up with him a bit on the set. I was also able to tell him truthfully, that his show is funny. One of my earliest memories is of being about four years old and being lifted up to crawl in a small window because his mom was locked out of the house. What is my point in telling you this? I guess I have a few points: 1) be nice to your neighbors, you never know who they will become and 2) Hollywood is a very small town!

We got the chance to see Anna and Allison rehearse two scenes and, like I told Eddie, they were well written, well acted and funny! During a break in the shooting, we got the chance to sit down for a Q & A with Allison, Anna, Gemma and Sadie (who plays Violet). It was really fun to hear about their thoughts on the show. They were in the midst of their 7th episode with the show yet to premiere and we could really sense the excitement on set. Allison talked about how much she loves how live audience sitcoms are like the theater. Everyone agreed what great hours sitcoms are for actors. They really allow you to have a life outside the show during the shooting season. This is particularly important to Anna who has a one year old son. I look forward to watching the premiere tonight and I encourage you to join me!

Los Angeles Moms You Should Know

Los Angeles is a big place to navigate as a parent. There are some key moms who are plugged in, networked and oversee online information centers. I have gotten so many tips, leads and ideas from their sites and forums. I am featuring some of my favorite LA go-to moms today on CBS Los Angeles in my post For Savvy Parenting Advice, Follow These Moms

Posted by Elizabeth at 12:59 PM No comments: