Last Summer I had the pleasure of meeting British Children’s Cookbook Guru Annabel Karmel.  During that meeting, I came up with the idea of presenting Annabel’s newest cookbooks: Top 100 Finger Foods and Top 100 Baby Purees to the Silicon Valley Network of Mom Blogs for inclusion in our Book Club.  Being quite the non-cook, I was really excited by Annabel’s recipes and the easy to follow layouts of her books which are full of photos.  I was

really happy when Annabel’s books were accepted for the book club!  So here I am, the not-so-much-of-a-cook determined to do this book club!  I flipped through the Top 100 Finger Foods and early on in the book I spied my salvation: Welsh “Rabbits”!  Perfect I thought.  Easter is coming and I could bring these in to my son’s preschool class for snack.  We are not obligated to bring snack in, but there are a lot of moms who seem to sign up an awful lot to do it.  I thought this would be a way to make a splash and it looked fun and I love themes!

Welsh Rarebit is something my mom used make when I was a little kid.  I think we used to call it Welsh Rabbit though.  It was toast with ham, tomato and cheese sauce all broiled.  I think it is considered pub food in England and is often made with beer in the cheese sauce.  Although, to be in honest, all the time I lived in England, I don’t believe I ever saw Welsh Rarebit on any pub menu.  I never did go to Wales, however.  Anyway, to me it’s real comfort food.  The fact that I was sharing an echo of my childhood with Chip’s classmates made the recipe appeal to me.  I also felt fairly secure in the fact that it seemed to essentially be “glorified grilled cheese”.  What kid doesn’t like melted cheese on toasted bread?  With that mental encouragement I set off to the store.  I lucked into a “breakfast sale” where English muffins were half price and a dozen eggs were .99 cents.  I took it as a sign that I was on the right track.  I secured the shredded cheddar cheese next.  Then I had to focus on the rabbit face.  I knew presentation would be key.  Peas, 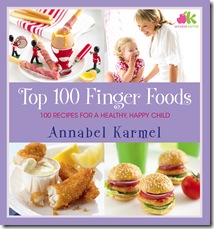 check.  Black olives, check.  Fresh chives, located with the help of cute produce guy, check.  Snow peas, check.  Next I had to get into substitution mode.  The teeth called for scallion.  I couldn’t see coming up with enough white part.  Cute produce guy suggested parsnips and showed them to me—white carrots!  Parsnips look just like white carrots.  Educational Bonus: I learned what a parsnip is in conjunction with writing this post.  As a final touch I grabbed a bag of baby carrots because rabbits eat carrots.

Last night I prepped everything, and got it into containers.  I lined the cookie sheets with tin foil.  We had pizza for dinner so I could reuse the boxes to transport the Welsh Rabbits to school.  I had it all planned.  I would take Chip to school for 9am.  Come home and take care of Lulu and do some preliminary prep of the cheese and egg mixture.  The sitter was due to arrive at 9:45am.  Then all I would need to do would be to broil, assemble and go!  Of course that’s NOT how it went.  Right around midnight last night Chip woke up with a fever.  A pretty high one, 105.  So I gave him Motrin and sat up worried and watching.  His temperature went down but I didn’t really sleep.  I woke up a few more times to check on him.  No school for Chip.  I figured I’d still bring the Welsh Rabbits in because 1) I bought all the stuff and had it prepped to go and 2) I was all set to write my fun post here.  But, part of my well oiled plan was that when I dropped Chip off I was going to ask the teacher when to time my arrival with the Welsh Rabbits.  So now I had to call the school and ask the director to ask the teacher what time I should arrive.  The director was insisting I didn’t need to come in since Chip was sick.  I was insisting I really wanted to.  Frankly, I just wanted to see my well oiled Welsh Rabbit plan through and nothing would stop me.  So the response came back that 10:15 would be the perfect time to come in.  My sitter arrived and I swung into action.  I executed 16 Welsh Rabbits in about 20 minutes and headed out to the minivan.  I kept the snow peas and baby carrots in separate containers for the plating.  Cool mom victory was at hand.

I reflected a bit about the recipe.  To be honest, I wouldn’t typically have all the ingredients on hand to make Welsh Rabbits.  But, cheese and English Muffins are fairly typical staples in an American kitchen.  From there you could leap off and use whatever fruit or veggies to make a character or animal.  Asparagus for antennae, apple slices for ears or cucumbers for eyes.  I kind of realize that a lot of recipes get adapted to what works for you or what you have on hand or simply what you like.  This is definitely one that I think I could do again with whatever I have in my veggie drawer.  I also think this could be a fun do-it-yourself activity for kids.  So, at about this point I pulled into Chip’s school (without Chip) and headed into his classroom.  While the kids were finishing up an Easter story and went to wash their hands I plated their Welsh Rabbits for them.  The kids came in and sat down.  I guess I don’t know what I was expecting.  Oohs and aahs?  Wow, isn’t Chip’s mom the coolest?  It was funny almost…If I hadn’t worked so hard on those rabbits!  I guess I should understand my audience is a bunch of kids who are all about to be 4 yrs old within the next couple of months.  I did put something in front of them that they had never seen.  Slowly, though, the kids warmed up.  A couple of the boys really started chowing.  One tiny girl asked for more snow peas and another asked for more carrots.  A lot of the kids started nibbling.  My son’s teacher said I needed to give the kids some time, that they would probably eat.  To be fair they also had me in the class so that might have made things a bit odd.  The mindset of toddlers is not my strong suit.  At least none of the kids said “yuck” or “ick”.  I mean a number of them really were eating the rabbits.  I don’t know what I was expecting…I guess I just thought that when I was 3 I would have thought the Welsh Rabbits would have been cool to get for my snack.  So, I packed up my stuff and sauntered out.  I glanced back and saw the kids were still working on the snacks, so I would say you could call that a hit.
Posted by Elizabeth at 11:06 PM

I flagged that recipe as one to try - it looked cute and spring-y. It's funny how when kids enter the equation, our best laid plans don't always go as planned. ;-) Thanks for recommending these beautiful cookbooks for the book club!