I will keep posting this on the anniversary of Jamiel Shaw's death until Jamiel's Law is passed. 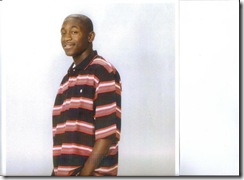 Today I share with you a post I originally wrote for the now closed Los Angeles Moms Blog, exactly one year ago today. Even as I cut and paste and tweak something that “I’ve already done”. It’s as if I’m slammed backwards one year as I struggled to write this. If it weren’t for Jamiel’s aunt, Althea Shaw, patiently speaking with me over several phone calls, reliving her own tragedy with someone she didn’t know….I wouldn’t have gotten this piece done. I had the pleasure of finally meeting Ms. Shaw on a scorching hot day this past August in Beverly Hills at a political rally.  I rolled Lulu in her stroller through the crowds looking for her. When we finally connected, we hugged like old friends.

My friend Althea Shaw is taking action, right now, right here in Los Angeles.  She is running for Los Angeles City Council for District 10 to unseat incumbent Herb Wesson who has done nothing to protect young black men from becoming victims of illegal alien gang members. It’s clear Herb Wesson has an agenda that does not include following the law and/or protecting US citizens. In fact, in April 2008, when the Shaw family was planning to go before the LA City Council to speak about Jamiel’s Law, Herb Wesson sent out one of his representatives in advance to offer Jamiel’s father, Jamiel Sr., a “position on a board”—a bribe to get them to back off. Then when the Shaws actually arrived at the City Council meeting, Herb Wesson escorted them into his chambers to keep them from being able to speak during the Public Comment section of the meeting. He warned the Shaws that, “They were messing with a hornet’s nest.” It was ONLY due to the crowd assembled chanting “let them speak, let them speak” that the City Council was embarrassed into re-opening the Public Comments. I urge everyone who votes or knows anyone who votes in District 10 to get the word out to vote for Althea Shaw for Los Angeles City Council on Tuesday, March 8, 2011. Let’s take back our city with honorable, ethical people who look out for what’s best and do what is right.

Jamiel “Jas” Shaw was on his was home from the Beverly Center exactly two years ago today.  He jumped off a city bus with a buddy a few blocks from his house near the 10 Freeway, said goodbye and started to walk the couple of blocks to his house.  His dad called him on the way to confirm their plans to head out and buy him a new pair of running shoes.  He was a standout member of the varsity track and football teams at Los Angeles High School.  That morning Jas had participated in an invitation only weekend football training program. A program that prepared top high school football players for college football and even the NFL.  Scouts from UCLA, Stanford and Rutgers had inquired about him.  It looked like Jas was really going places.  Sadly, he did not make it home that afternoon.
Three doors from his house, Jamiel Andre Shaw II was murdered.  Shot twice, although there were three entry wounds. The first bullet went through his hand and then entered his stomach. The second bullet hit Jamiel’s head.  Jamiel’s alleged murderer, Pedro Espinoza, an illegal alien gang member from Mexico, belongs to the 18th Street Gang.  Espinoza had been released from jail on a firearms charge the day before he murdered Jamiel.  The Shaw Family has been continually thwarted in its demands to know how this was allowed to happen.

Jamiel’s mom, Army Sgt. Anita Shaw was serving in Iraq at the time of her son’s murder.  This aspect has been the most painful for me in preparing this piece.  I cannot even put myself in her boots.  Fighting for freedom in Iraq and receiving the news that her son was killed on his way home from the mall.  Jas also left a little brother, Thomas, now ten. 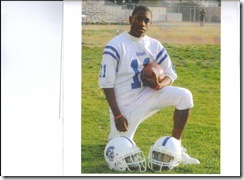 You’d think that a young, promising black teenager, killed by an illegal alien gang member would get all kinds of attention from leaders of the black community.  The Shaw Family couldn’t even get a return call from Jesse Jackson or Al Sharpton.  How about the elected officials representing the Shaw’s district?  Los Angeles Mayor Antonio Villaraigosa, City Council member Herb Wesson, and Los Angeles County Supervisor Mark Ridley-Thomas have done nothing but throw up roadblocks.  Their Congresswoman, Diane Watson has also ignored them.  Clearly, there’s a mighty, mighty big elephant in the living room.

Where can we place the blame for the circumstances that led to Jamiel’s murder?  One prime culprit is Special Order 40.  A law put in place by the Los Angeles City Council in 1979 that prevents Los Angeles Police from obtaining immigration status from detained suspects.  This law was upheld in 2006 when Mayor Antonio Villaraigosa promised to make Los Angeles a “Sanctuary City for Illegal Aliens”.  Let’s take a look at Pedro Espinoza and his 18th Street Gang.  According to a 2005 report by Senator Dianne Feinstein (D-CA),  “an estimated 80 percent of [the 18th Street] gang's members [in California] are illegal aliens from Mexico and Central America."

When Pedro Espinoza was arrested, among the tattoos recorded on his body were “BK” on his neck representing “Black Killer.” On October 30, 2007, the U.S. Attorney in Los Angeles announced he had indicted members of "The Florencia 13, a street gang," for "shootings of African-Americans in neighborhoods the gang claimed to control."  Mara Salvatrucha (MS 13) is another large gang founded in LA and now operating in other parts of the US and Central America.  It is clear that these gangs, moreover, do not limit their “code” to "traditional" crimes like extortion and drug-running: they endorse ethnic cleansing.

Some may ask: Well, is Jamiel’s murder an isolated case?  I’m afraid not.  Just last month, Ronald Barron, a black anti-gang activist with Ameri-I-Can was killed by a Latino gang member when he tried to stop him from tagging in the 5500 block of Pico.  On April 17, 2009, Marquis LeBlanc, an 18 year old black man was chased down a Pomona street by a group of Latinos, suspected gang members as reported by witnesses, and murdered.  Here I ask, what of the numerous unsolved murders in Los Angeles?  I don’t want to stir controversy unnecessarily, but can we get some answers?  How many unsolved murders of young black men are there in Los Angeles?  In a phone conversation with Jamiel’s Aunt, Althea Shaw, she stated that when Sheriff Lee Baca was asked this question in a news conference, he evaded answering.

We have a class of US citizens, young black men, who are being targeted by illegal alien criminal gangs and our politicians and law enforcement officials are unwilling to do anything about it.  The sad irony is that just a few months after Jamiel’s murder, our country elected our first black president.  President Obama, what say you about protecting our young black men?

For the past two years, the Shaw Family has been working very hard to get information, answers and to get Jamiel’s Law on the ballot.  The ballot initiative has been spearheaded by 2009 mayoral candidate Walter Moore, who gave Villaraigosa legitimate competition last year.  Jamiel’s Law, if passed, would permit Los Angeles police officers to arrest gang members for breaking U.S. immigration law. It would supersede Special Order 40.  To get information about The Shaw Family’s fight, please visit JamielsLaw.com and follow them on Twitter.com/GoJamielsLawGo
The Shaw Family invites the community to a Candlelight Vigil to remember Jas, tonight at the site of Jamiel’s murder, 2136 5th Ave. Los Angeles 90018
Photos courtesy of the Shaw Family
An original post for The Los Angeles Moms Blog
After Elizabeth takes a deep breath, she can be found over at her personal blog, Traded My BMW for a Minivan.